A Tale of Two Unknowns

Sensors are used to measure information that are not readily available or known. So after picking a new sensor for this task, you now have two unknowns:

To simplify the task of making sense of both the sensor and the property of interest, it is a good idea to first sense something known:

I've been working on introductory guides for a series of sensors, starting with accelerometers. As part of the effort I've been logging snippets of data from simple tasks. Tasks like an accelerometer:

where one could reason or predict what the expected sensor signal would look like. But sometimes even simple tasks can be surprising! Hence, the title of this post.

Here is a fun example: the impact of an accelerometer after a 3 ft vertical drop. Let's take a look:

where the +z is pointing down and +x, +y are to the right, and towards the viewer, respectively. The resulting accelerometer time history:

But there is much more richness in the signal! Look at the spikes caused by the first impact. This was a vertical drop, so why are there horizontal x and y components?

Let's take a closer look at the impact through a reduced-speed video of a similar drop: 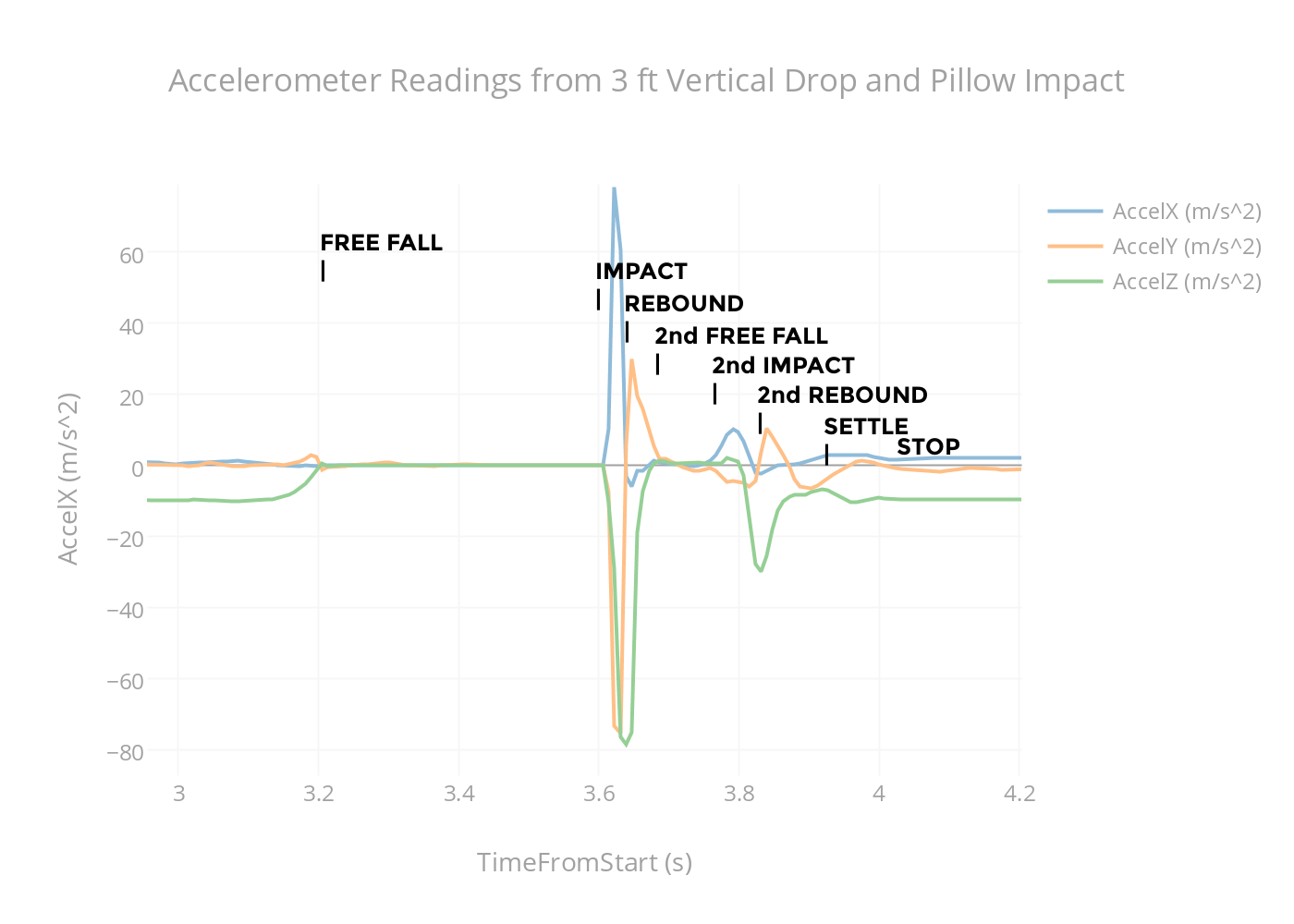 Notice that throughout the impact (i.e. between IMPACT and REBOUND) there are significant horizontal x and y accelerations. This can be explained by the downward force on the pillow fabric causing the sideways forces that jostle the accelerometer horizontally. This effect largely disappears during the REBOUND. Sensors can pick up on some interesting things!

Have another explanation? Let me know with the comments below!

Acknowledgements: Thank you Demoz Gebre-Egziabher for quickly pointing out the odd horizontal accelerations in the vertical drop and Joshua Friell for sharing relevant experience with accelerometers used in surface hardness testing.