Can I simply buy a working solution and drop it into my application?

I used to believe if you had enough budget, the answer to this question would be a resounding YES. But now, I'm leaning further towards maybe. It sounds odd, but even a $40K system may not leave you fully satisfied.

A number of experiences have contributed to an understanding that money is not enough. One involves speaking to the owner of a company that designs and sells augmented reality systems for helicopter-based video streams. Something that looks like this: 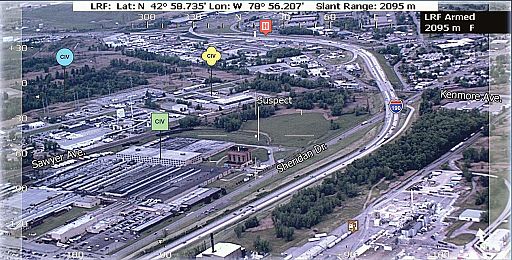 Or in the world of mobile games, augmented reality is what gives you the effect of Pokémon Go:

In both cases, continually updating the augmented information on the video-stream (e.g. road labels or game characters) requires real-time 3D position and orientation estimates of the camera . In the case of the helicopter-installed camera, they achieved this by purchasing and installing an expensive GPS/INS system. If memory serves me correctly it was a Novatel SPAN product, perhaps costing $25K. Navigation problem solved, right? Sort of.

It was good enough that this company was selling augmented reality systems and had been in business for a number of years. Yet, the owner was not happy and was looking to see if they could find or design a system to provide a more robust position and orientation estimate, and hopefully at a lower cost.

But what was wrong with the current system?

The owner complained of occasional anomalous outputs which did not make sense. For example, in one test the helicopter took off flying backwards and that caused the navigation system to fail and never recover with a valid solution for that entire flight.

In fact, as a system designer, it is not difficult to guess which assumption was violated by the backward-flying helicopter causing the solution to diverge and never recover. One of many settings and assumptions, which when properly applied, lead to a much more robust navigation system. And if applied but violated, may lead to misleading state estimates. In this case, it was the latter scenario.

The augmented reality video company could likely have remedied 80% of their problems by taking 1-2 weeks to thoroughly understand the settings and assumptions of their particular navigation system. A couple conversations with the product engineers would remedy another 10-15% of problems. The final 5% of the issues would needs to be documented as they arose and vigorously pursued and investigated with the manufacturer. This would ultimately lead to a well understood and robust system for their application.

But even then, notice that the system is not plug-and-play. Move to a new platform or product and a new round of learning and testing commences. This is true with a majority of multi-sensor navigation systems today, regardless of price.

Hence, when paying more, you'll likely get better precision and accuracy, but prepare yourself for a clunky user experience.