All you need to write Python code is a text editor. Similar to the extension .c or .m for C or MATLAB code, respectively, python code source files are saved with extension .py. Open a text editor and save to following as hello.py:

The code is written, but how do we run it?

So What is IPython?

which, together, provides a much better interactive experience.

Python by default comes with a set of modules called the Standard Library. Among others, these include basic math in the math module, system path and error checking in the sys module, and file and directory operations with the os module. A number of useful data types are also defined like strings, lists, sets, and dictionaries.

More advance functions and data types are defined by add-on modules. For example, numpy defines arrays, matrices, and random number generators, scipy has signal processing and numerical solver routines, and pandas has excellent data manipulation support. These add-on modules must be installed by the user. A wealth of such modules are available, many of which are open source with permissive licenses, making them attractive foundations and tools with which to build a project.

Guidance, navigation, and control (GNC) work is at the intersection of algorithms, hardware, and software. It involves algorithm development, software-based simulation, hardware-in-the-loop simulation, and the analysis of data collected during testing campaigns. A general purpose programming language like Python coupled with the wealth of libraries and resources available pair beautifully with the broad demands of GNC and systems engineering.

An Attitude and Heading Reference System (AHRS) can rely on sensors like gyros, magnetometers, and accelerometers to continuously compute the 3D orientation. This could be a small aircraft or a virtual reality headset. Below is a snapshot of a program developed to test and evaluate several AHRS implementations.

The definition of the algorithm as a class called AHRS provides for a cleaner final script and is setup for reuse. Below is a plot comparing several AHRS algorithm implementations. The analysis was implemented and visualized using a variant of the above Python-based program. 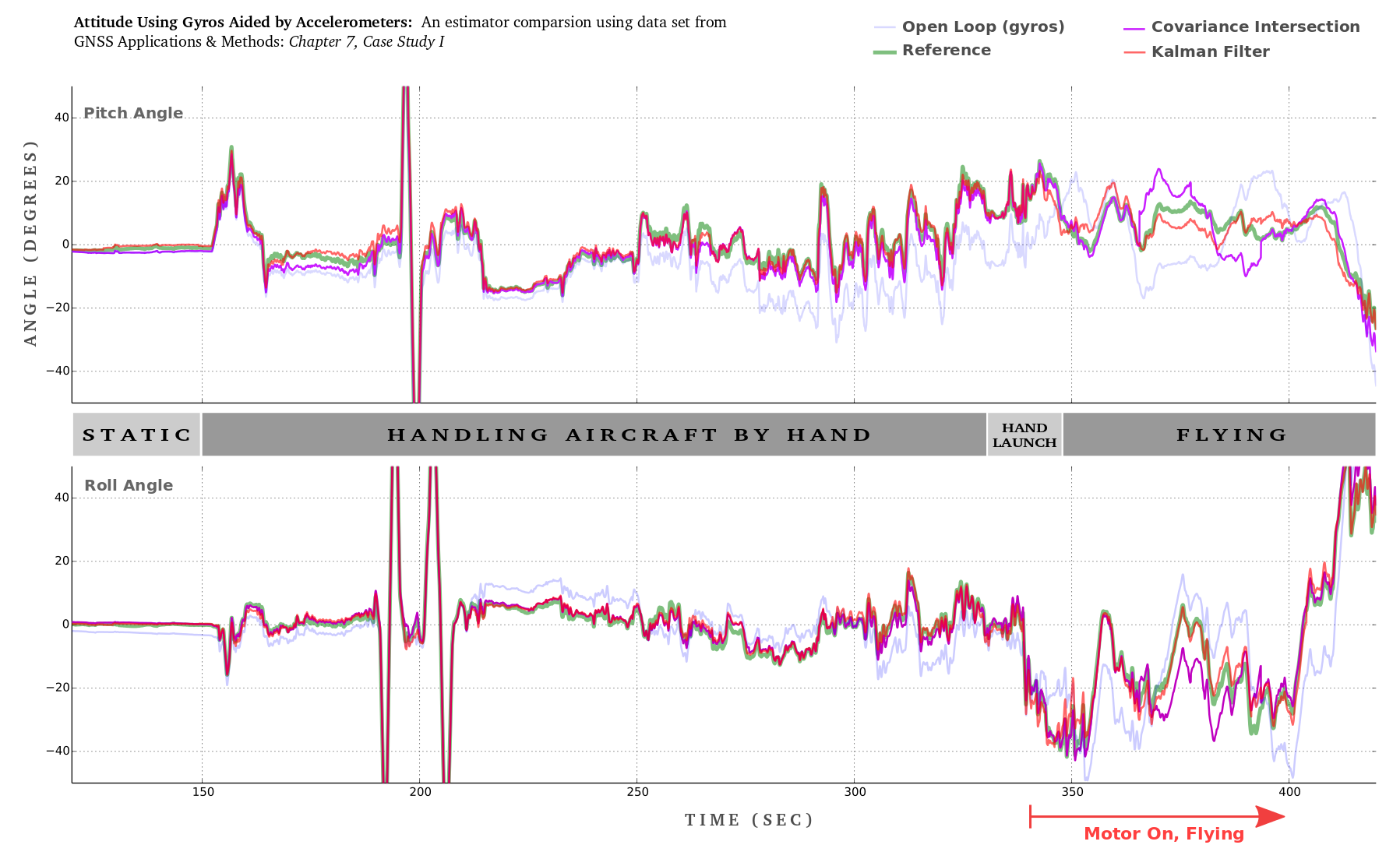